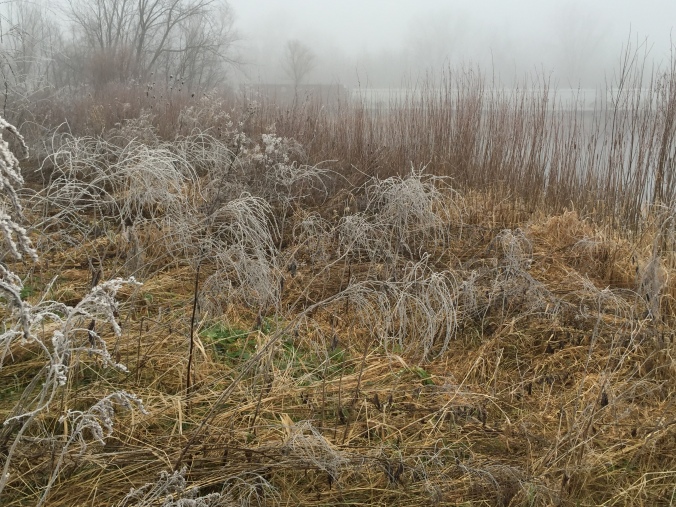 First: a link to a piece on The Well Blog (a blog produced by InterVarsity specifically for women) titled “My Sacrilege, Our Sacrilege” by Ashley Van Dragt. Here’s an excerpt to tempt you to click the link and read the whole thing–which, if you want to know the “moment” she refers to in the first sentence, you will have to do.

Over the course of Lent, I’ve kept coming back to that moment. I keep going back to it because I came to realize that there are words for it.

And these are the words that get at the significance of Lent, of Good Friday. It’s the time of year when we remember Jesus on the cross. And at the end of it, on one horrible night we carry ourselves and our preoccupations and our snotty-nosed children to church to mentally put Jesus on the cross and into the grave. And we say together the most hellish sounding words:

And it’s profane and terrible…and important.

Because — my God, my God — we have indeed done something wrong.

Here’s the link again–so you don’t even have to scroll up!

Second: Today I went to our church’s Stations of the Cross service. I wrote a post about what emerged for me from this service last year. This year two things were fresh and new:

1. Jesus’ heart for US–WHILE while enduring SO much pain and suffering. “Father, forgive them, they know not what they do,” he said, and then he interacted with the thief on the cross. “I say to you, today you will be with me in Paradise.” Oh, the heart of God revealed in these moments! Forgiveness beyond what we can imagine!

2.  This prayer–so simple, yet coupled with the heart of God, so powerful: O blessed Lord Jesus, be gracious to us and all who have gone astray from your ways, and bring us home again with penitent hearts and steadfast faith; who now live and reign with the Father and the Holy Spirit, one God, for ever and ever. Amen.

Third, this is a link to “Good Friday Blues,” a piece published at Christianity Today. It’s about Texas gospel bluesman Blind Willie Johnson’s recording of “Dark Was the Night—Cold Was the Ground” with Columbia Records in 1927. Though the song has no lyrics, it is about Good Friday, with the title borrowed from an 18th century English hymn by Thomas Haweis:

Dark was the night, cold was the ground
on which the Lord was laid;
His sweat, like drops of blood, ran down;
In agony he prayed.

The article about Blind Willie Johnson tells part of his story and contains a link to a recording of this song. Both are wonderful.

We traveled to my growing-up state (Alabama) for the first part of spring break, and spring has sprung there! I took this while on a walk in the woods.

I recently participated in a journal-writing session. “Write about an ending,” the instructor told us, “whatever ending comes to mind. Don’t hold back, don’t erase or scribble out, just write.”

I wrote about a relationship I would like to end—in order to start it anew, with no expectations other than authenticity. I was not surprised by the pain I felt as I wrote, but I was startled by the hope that edged its way in as I dreamed about a new beginning for this relationship. I thought I’d given up on it.

After the instructor announced, “Time’s up!” she asked if any wanted to share. Several brave writers did, and my heart broke for the pain they revealed. Suicide, divorce, death of an infant child… We felt weighed down by the sorrow of it all and yet freed to share our own hurt. After each person read, a moment of silence hung. Those near the reader often reached out and touched a shoulder, a hand. Others pushed the tissue box down the long table. Some looked directly at the reader, conveying sympathy with their eyes; others bowed heads in prayer. Often the next person who volunteered sat next to the one who’d just read, as if to say, “I share your pain. Mine may look different, but I’ve known an ending that brought loss, too.”

I’ve thought off-and-on about that journal writing session, sometimes praying for the relationship I wrote about, sometimes praying for one or another of my fellow writers. It’s what came to mind this morning when I sat down at my computer and thought about this Good Friday post. And though I soon had a focus, the actual writing of it was choppy, interrupted by my children (home on spring break), meal prep, and a visit to church.

I went to church for the Stations of the Cross: fourteen stations, fourteen crosses. We walked from one to another of them, following the figurative path Christ took, beginning at the garden and walking then to betrayal, condemnation, denial and desertion, scourging, the bearing of the cross, the crucifixion, encounter with the thief, care of the Virgin Mary, death, and entombment.

As I came home and continued writing this post, the stations and the journal writing connected. I realized Christ went purposely toward His Good Friday ending so we could have a beginning, so we could have life (I Thessalonians 5:10).

So that one day, that life—that Easter life—could be fully realized.

John was given a vision of that Easter life. He shared it with us in Revelation:

“’Look, God’s home is now among his people! He will live with them, and they will be his people. God himself will be with them. He will wipe every tear from their eyes, and there will be no more death or sorrow or crying or pain. All these things are gone forever.’ And the one sitting on the throne said, ‘Look, I am making everything new!’ And he also said, ‘It is finished! I am the Alpha and the Omega—the Beginning and the End.’  (taken from Revelation 21:4-6)

Christ is the End of all sad, bitter endings.

He is the Beginning of all that is new.

And His Beginning will have no end.