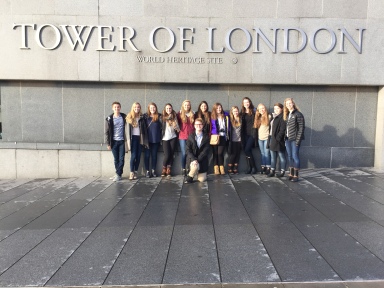 Dave (husband) and I are in the UK, leading a trip for 16 high school students from Wheaton Academy. SO, for the next week and a half, my blog will have the extra purpose of updating the students’ parents.

We landed in London late last night and had not a single hitch with catching the very last train running and getting checked into our hotel. That may sound like no big deal, but with a group of 18, it’s pretty awesome. The 10:30 p.m. arrival was a blessing in disguise, for though Dave had worried quite a bit about catching the tube before it shut down for the day, the absence of other people made it incredibly easy to figure everything out and get in and out!

Had it just been the two of us, we would have headed straight to bed, but teens are always hungry, so we went to Burger King for our first meal in the UK—lame, but there aren’t too many places open at 1 in the morning! 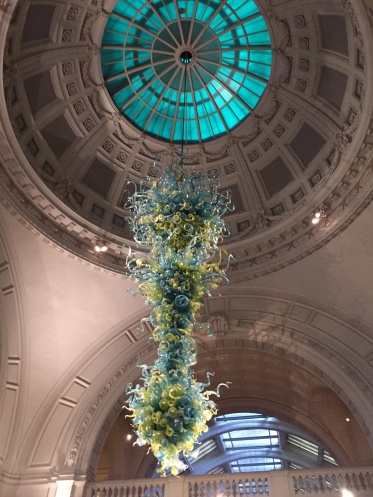 This was hanging at the entrance to the Victoria and Albert Museum–SO beautiful!

Today we were simply tourists, exploring the Tower of London and then splitting up for some of us to get coffee and visit the Victoria and Albert Museum and others to tour Stamford Bridge (it’s the name of Chelsea Football Club’s stadium—“football” being “soccer” (or the REAL football J).

We allowed the kids a short rest at the hotel before heading off to dinner and then Picadilly Circus. We had to explain that it wasn’t actually a circus but a shopping district, disappointing some and energizing others.

I love this group of kids. They’re fun and kind to each other. They keep up and are traffic-savvy—which, as the chaperone who generally brings up the rear, I REALLY appreciate. I’m enjoying getting to know each of them during the day and then checking in on them at the end of the day. 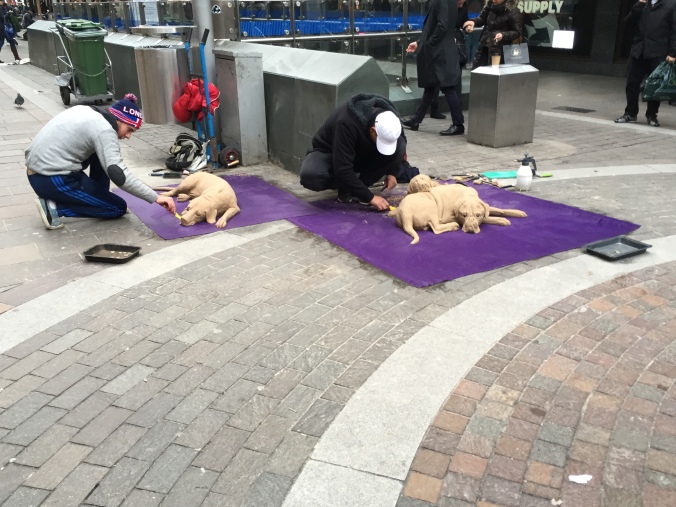 As my group left the museum to get coffee, we see these street artists making these incredible sand sculptures! 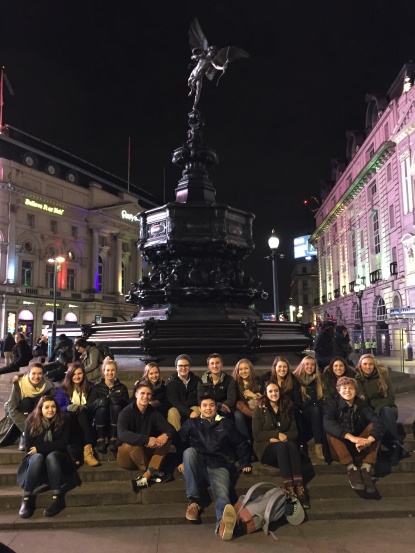 The end of the day!

Tomorrow we will do more touring—seeing Big Ben, the changing of the guard at Buckingham Palace, and Trafalgar Square. But two key points in the busyness of tomorrow will be our tour of Westminster Abbey and attending Evensong service at St. Paul’s Cathedral. As we look ahead to our time in Scotland and, later, reflect on our time here, Dave and I are hoping that the Abbey tour (as well as the Reformation tour we’ll go on in Edinburgh) and the service give the students a good feel for the spiritual history of the United Kingdom and the state of the UK church right now.

One thought on “First day in London”